Choosing the Descent as Rebirth

You cannot control when the Descent calls you; when the Holy Mother summons you into her murky depths below the Earth. 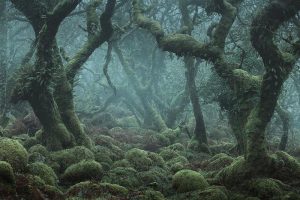 When it is your time to go down, you will know. The world around you will be breaking. Your body and soul will hurt. Old connections will cease to exist and what was once your safe place is no longer.

The ways you coped with life won’t work anymore. The high of money, status, drama, ego, safety in books, hospitals, and academia won’t give the same kind of hit, and not much can take the edge off your suffering.

This is the ‘dark night of the soul’ passage where you stop trying to make it better and choose to belong here. Where you release all dependencies on drugs, alcohol, pharmacies, machines, and co-dependent relationships.

This passage is when you no longer feel like you’re from another planet even if you do have galactic origin. This is where the Earth accepts you here as much as you accept being here. This is where you fall madly deeply in love with humanity and all of Earth’s forgotten creatures.

The Descent is for the Earth and it is for you.

You can’t walk away from a Descent. You either get out alive or you don’t. Many people die unwell during this detoxification process.

What are we detoxing?

To be reborn is a special Earthen offering.
Immortality is not about keeping the same body forever. It is about shapeshifting physical form and remaining lucid. Keeping the Grail flowing and knowing who you are upon death and rebirth. You remain in-between.

This life, I never forgot.

And so we practice.

In Song of Sophia, we practice the Descent. We practice dying and being reborn. We practice so well that we are able to be reborn in any moment.

When we recognize reality is hidden from us, we are able to descend, purify the illusion by passing through the dark wet layers of the Earth, and be reborn without being controlled by illusion. We practice how to Descend by consciously choosing it and not only waiting for it to choose us.